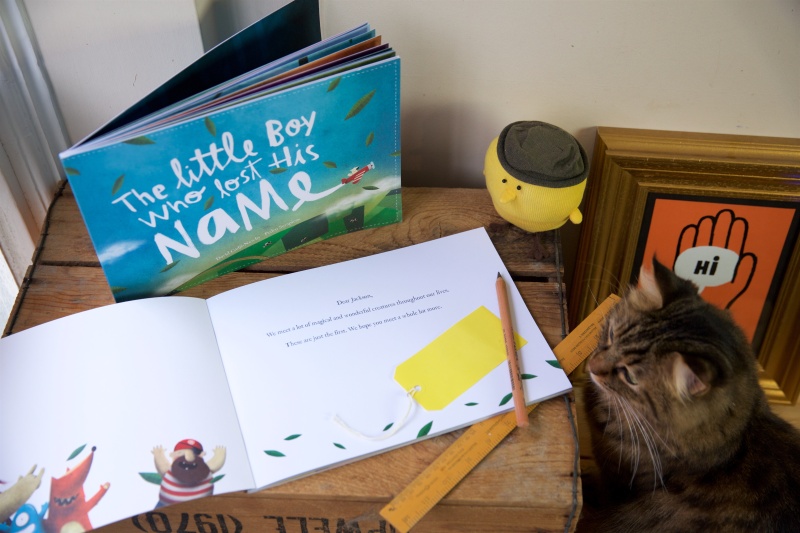 What happens when a BBC comedy writer (and novelist!) and an immensely creative and talented illustrator (and lots of friends) get together to revolutionize the personalized picture book genre?  You get to have a fantastic time reading a sublimely illustrated wild adventure starring your child. (It really is amazing — even the copyright infringement warning is magical.)

You can read the rest of my review, or just go to https://www.lostmy.name/en-US/books/lostmyname to see the book online for yourself. You get to input the gender, race, and name of the character.  The characters are all beautiful and are abstract enough that its easy to have them resemble most children.  Have fun playing with the personalization section and even read the entire book online.  You get to see exactly what you’re ordering. 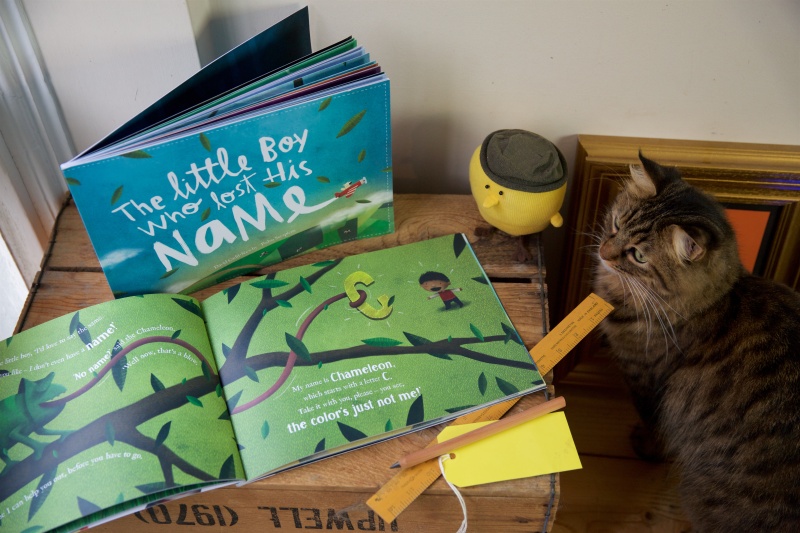 The book is also available in many different languages: English (UK/US), Spanish, French, Dutch, Italian, Portuguese, Swedish, and Danish.  I spent awhile just typing in different names to see what all of the potential letter combinations were. I did very short names like Jo and sometimes even just the same letter multiple times to see what would happen.  (They add extra pages when you have a short name and they have multiple creatures that begin with the same letter if a name has multiple letters — so even people with short names or multiple-lettered names get a satisfying book.) 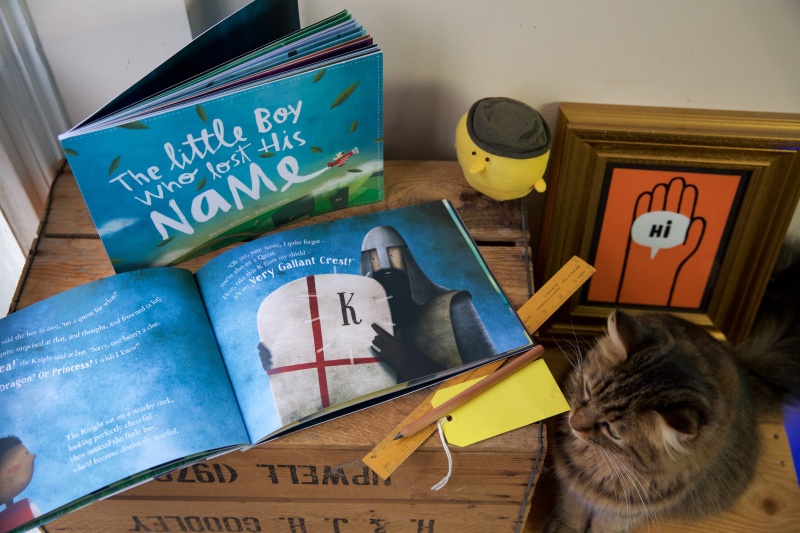 One day, your son or daughter, (niece or nephew or cousin, etc.) wakes up and discovers that their name is missing! They placed it in their closest the night before, but now it is simply gone.  They look and look, but to their dismay it is nowhere to be found. So, with no other choice, they muster up all of their courage and head out upon a trail to see what they can find. 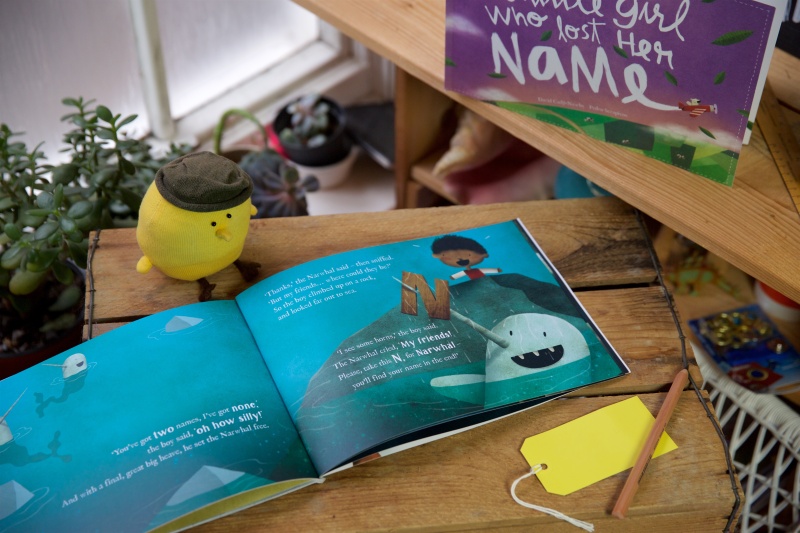 In searching for their name they meet all kinds of creatures.  Each creature has a problem and talks to the child about it.  When each problem is solved the creature gives the child a letter.  Together those letters create the name at the end.  My littlest one encounters a yeti, a pirate, and a unicorn among others.  My littlest one was frankly in raptures when he heard his own name.  Considering he’s two, I’m not sure how much he understands, but my eldest was hilarious when he realized what the little boy’s name was going to be.  He was just shocked, like it was magic, that the little boy had his brother’s name.  He was so excited!  He thought it was just the coolest thing.

Both my eldest and my youngest really enjoy The Little Boy Who Lost His Name.  They asked to read it over and over again, and its a lot of fun to read it with them each time. The illustrations are so luscious and have a wonderful dream-like fantasy feel to them that they make you wish you could just climb into the book.  There’s no conflict, everyone is nice, and it has such whimsy to it as you go from letter to letter that you just don’t know where the story will go next.  It’s a fun ride and ends with a child and their found name — and praises them for their courage.  Your child gets to see themselves, to literally visualize themselves, as someone who has courage and in the face of something impossible — succeeding. It’s a powerful and personal way to tell a child that you think they are capable of overcoming difficult problems.

The Little Boy Who Lost His Name is beautiful and so well done.  Everything from creating the picture book, to the way it arrives in the mail, to reading it with the kids is extraordinary and one of a kind. Go check out the book for yourself at Lost My Name and see for yourself exactly what I’m talking about.

More Reviews From the Lost My Name Series:

Where Obtained:  I received a review copy from the publisher. No other compensation was received.  I am disclosing this in accordance with the Federal Trade Commission’s 16 CFR, Part 255: “Guides Concerning the Use of Endorsements and Testimonials in Advertising.”